Add an article with images and embed videos.

A collection of images

Upload a video or embed video from Youtube or Vimeo.

Upload your audios and create your playlist.

Testing, case contact, isolation/quarantine and social distancing. That’s what we need to open up again. Without it. we can’t open. David Frum/Atlantic: Trump’s Two Horrifying Plans for Dealing With the Coronavirus If he can’t confine the suffering... 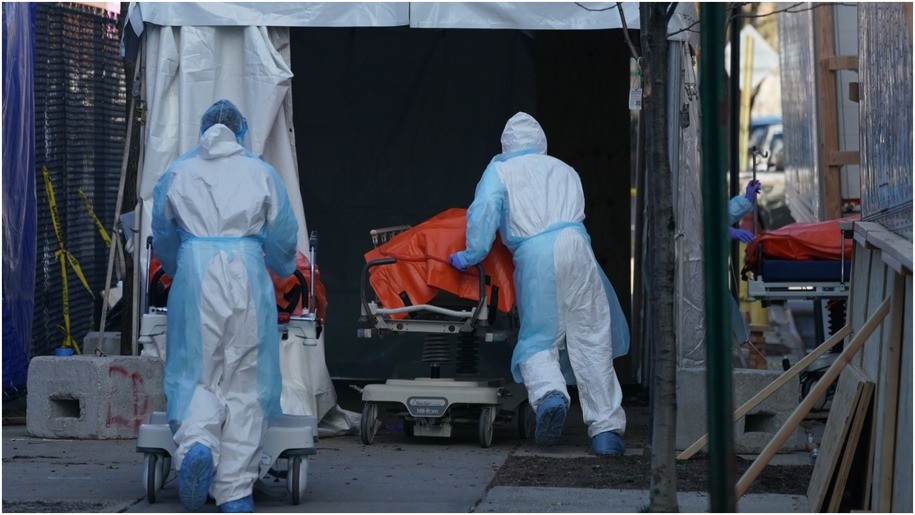 Testing, case contact, isolation/quarantine and social distancing. That’s what we need to open up again. Without it. we can’t open.

Trump’s Two Horrifying Plans for Dealing With the Coronavirus

If he can’t confine the suffering to his opponents, he is prepared to incite a culture war to distract his supporters.

It did not have to be this way. If the Trump administration had not bungled testing, if it were not to this day jerking and lurching in obedience to the president’s latest ego demand, we could by now begin to see the way to a safer reopening in the next few weeks.

Let’s be clear where the fault lies.

More than a dozen U.S. researchers, physicians and public health experts, many of them from the Centers for Disease Control and Prevention, were working full time at the Geneva headquarters of the World Health Organization as the novel coronavirus emerged late last year and transmitted real-time information about its discovery and spread in China to the Trump administration, according to U.S. and international officials.

A number of CDC staffers are regularly detailed to work at WHO in Geneva as part of a rotation that has operated for years. Senior Trump-appointed health officials also consulted regularly at the highest levels with the WHO as the crisis unfolded, the officials said.

The presence of so many U.S. officials undercuts President Trump’s charge that the WHO’s failure to communicate the extent of the threat, born of a desire to protect China, is largely responsible for the rapid spread of the virus in the United States.

If we were facing an existential military threat, would anyone say "$25 billion sounds like a lot of money. Lets take our chances with being conquered"? https://t.co/68AE0CCenz

‘How do we overcome fear?’: Americans need confidence before life can return to normal.

In a poll released Thursday by the Pew Research Center, three-quarters of U.S. adults said the worst is yet to come with the coronavirus and two-thirds were worried that restrictions would be lifted too soon. And findings released Friday by the University of Michigan’s influential monthly consumer survey found that 61 percent were most concerned by the threat to their health from the virus, over isolation and financial impact.

The dilemma is exacerbated by a president with credibility problems, as well as a nationwide testing shortage and the improbability of a vaccine anytime soon.

Your reminder that lots of people protested against quarantines, stay-at-home edicts and mandatory mask-wearing orders in the 1918 Pandemic too. And every time localities relaxed restrictions in response to protests and not the disease, the pandemic spread again. https://t.co/39ETlxLK5d

Elections in a Pandemic: The Crisis Response Should Be Permanent Policy

The best way to keep people safe during this election season is also the best way to maximize participation: give people the widest possible range of opportunities to register and to vote.

The most-discussed reform is allowing people to vote by a mail ballot. Seven states—Oregon, Washington, Colorado, Utah, Hawaii, North Dakota, and California—send ballots to all, or most, voters already. Other states are moving in this direction. However, sixteen states still require voters to have an excuse for not voting in person. A pandemic is a pretty good excuse, but this crisis should move every state toward having a full set of mail voting options for every voter, for every election. There will be challenges in dramatically expanding voting by mail, but new technologies and the experience of states who are already doing it provide the path forward.

But expanded mail voting is not enough. Early voting should be made part of every election, permanently. Early voting allows voters to manage their participation and significantly reduces crowds and lines on Election Day. Forty states and Washington, D.C., now offer the option of early voting. But there are widely diverging practices, both in the length of the early voting period (from five to forty-five days) and in options for returning the ballot. In Virginia, Governor Northam just signed a bill creating a forty-five-day early voting period. Every state should move to at least twenty days of early voting for all elections, with multiple convenient locations where people can cast their ballots in person.

As an epidemiologist, I'm amazed that the only thing that's discussed about Covid-19 and the lockdown is mortality. It's not just mortality, though.
A 25% pulmonary function deficit that takes 15-20 years to heal, some sort of coagulopathy present in ⅓ of patients (long term implications not clear), neurological deficits (do you really think that only smell and taste are affected?).
Joint inflammations (now being investigated), and liver damage--all of these aren't exactly appealing. Everyone talks about death--I think we physicians blew that one.
We know that kids are infected. It seems relatively benign. Do they have any alterations in their neurobehavioral development? Growth?
The comparison is oft made to the flu. The flu is not neurotoxic, and it isn't hepatoxic either. And while there are some pulmonary consequences, they're pretty rare.
Talking about mortality with Covid-19 is like talking about the failure of Fannie Mae or AIG in 2008. Significant, but hardly the whole story.

I've compiled a side-by-side comparison of the reaction to coronavirus by Trump and the World Health Organization. The timeline is utterly, comprehensively damning to Trump. What it shows about him is far worse than what it shows about WHO. New piece:https://t.co/ujv6EVqIEr

As for the lead pic, read this:

A short thread on what it feels like to be in NY right now: Yesterday is when I understood what our friends in Italy were trying to tell us a few ago, about the intensity of so much loss in such a short time. (1/n)

Republicans increasingly believe that elevating China’s culpability for spreading the coronavirus may be the best way to improve their difficult election chances. The president is muddying the message.

Yet those polling numbers also come as 65 percent of Americans say they believe that Mr. Trump was too late responding to the outbreak, according to a Pew Research Center survey this past week.

More ominous for the president are some private Republican surveys that show him losing ground in key states like Michigan, where one recent poll has him losing by double digits, according to a Republican strategist who has seen it.

So as Mr. Biden unites the Democratic Party, Mr. Trump’s poll numbers are flagging and G.O.P. senators up for re-election find themselves significantly outraised by their Democratic rivals. That has led to a growing urgency in Republican ranks that the president should shelve his hopes for a lucrative rapprochement with China.

By the way, the subheader is acknowledgment trump is in political trouble.

Ã¢Â�Â�TrumpÃ¢Â�Â�s performance in battleground states isnÃ¢Â�Â�t any better. In traditionally Republican AZ, he trails Biden 52% to 43% in a new OH/Predictive Insights poll. HeÃ¢Â�Â�s down by 6 to Biden in FL, in an April UNF survey. According to the RCP averages, Biden leads in every swing state.Ã¢Â�Â�

Hang tight, we’re a long way from the finish line

All of this research and lots more, I might add, was available last weekend when Republican legislative leaders staged a mild uprising against Gov. Ned Lamont after Lamont extended his shutdown orders until May 20. The Republican response to Lamont was breathtakingly devoid of information, data, benchmarks or insights. It was, in several senses of the word, a spitball.

May 20 is an incredibly optimistic date for reopening anything. Note to Connecticut Republicans: Who do you think Lamont talks to? Who do you think dominates his network of friends and acquaintances? Business people. Do you think that, if there were a business-driven argument for an earlier reopening, Lamont would be deaf to it because he spends so much time with pot-smoking beatnik public health experts?

The problem with a free society with an open flow of information is that stupid people have the same rights as everybody else, and it takes way longer to beat down their ideas than Oliver Wendell Holmes, may he rest in peace, ever imagined.

Here is a piece I wrote for @NYTopinion explaining how President Trump learned all the wrong lessons from his impeachment acquittal leading him to once again put his personal and political interests over the safety of the American people. https://t.co/3gWdLEQWHC

Daily Kos Radio is LIVE at 9 AM ET!

GOP candidate has a pretty hypocritical excuse for why...

CNN Issued One Sanitized Report About Their Contributor...